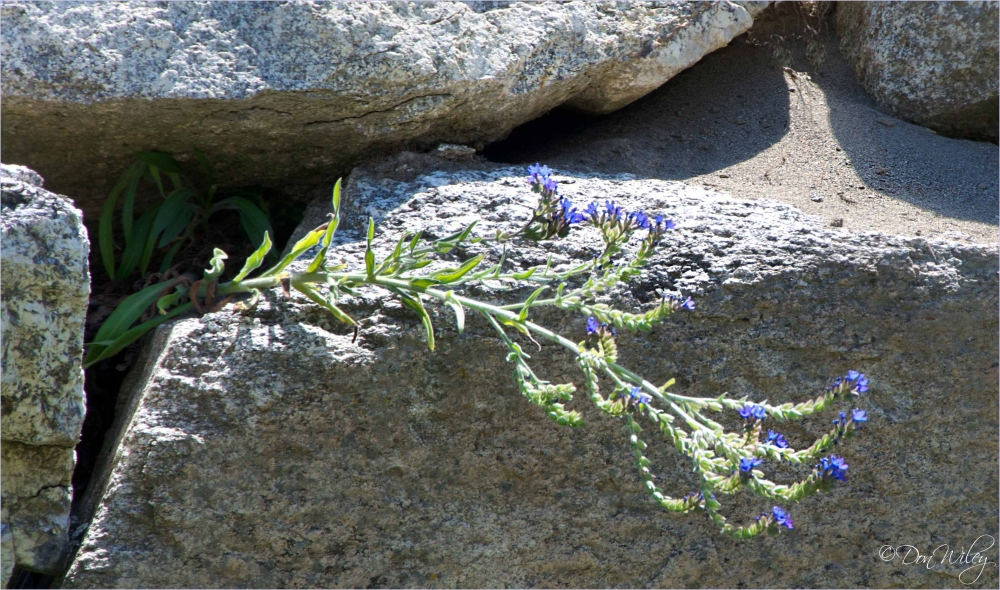 Bugloss - A Pretty, but Noxious Weed

Posted by Don (Spokane, United States) on 10 July 2015 in Miscellaneous.

Common Bugloss was originally found growing near Mead, WA where I live. It has spread throughout most of north Spokane County with limited distribution in the south portions of the county. It invades pastures and rangelands and is a concern to alfalfa production because the succulent leaves and stalks mold the hay once it is baled.

Love the way it is peeping through the rocks....

The nature goes everywhere !! it decorates well the stone here

someone from canada just posted this same weed this week. i can imagine farmers do not like to see its beautiful blue blooms!

This is one of the problems of "globalization". Not only people and capital is globalized. Also embarrassing animal and / or vegetables species.
However, this is a good image. !

You have made it look lovely here, though it is a weed.

So pretty though. I could imagine a field full of these.

Pretty flowers on this pest.

And growing from the smallest crack - it WANTS to live.

It sounds like it does a lot of damage but it has beautiful little flowers! I am glad that your computer is fixed!

It is just too bad that something this pretty is damaging to farmers.

Beautiful image of this weed with little flowers Lovely light textures of the rocks. :)

Invasive plants are always an issue.