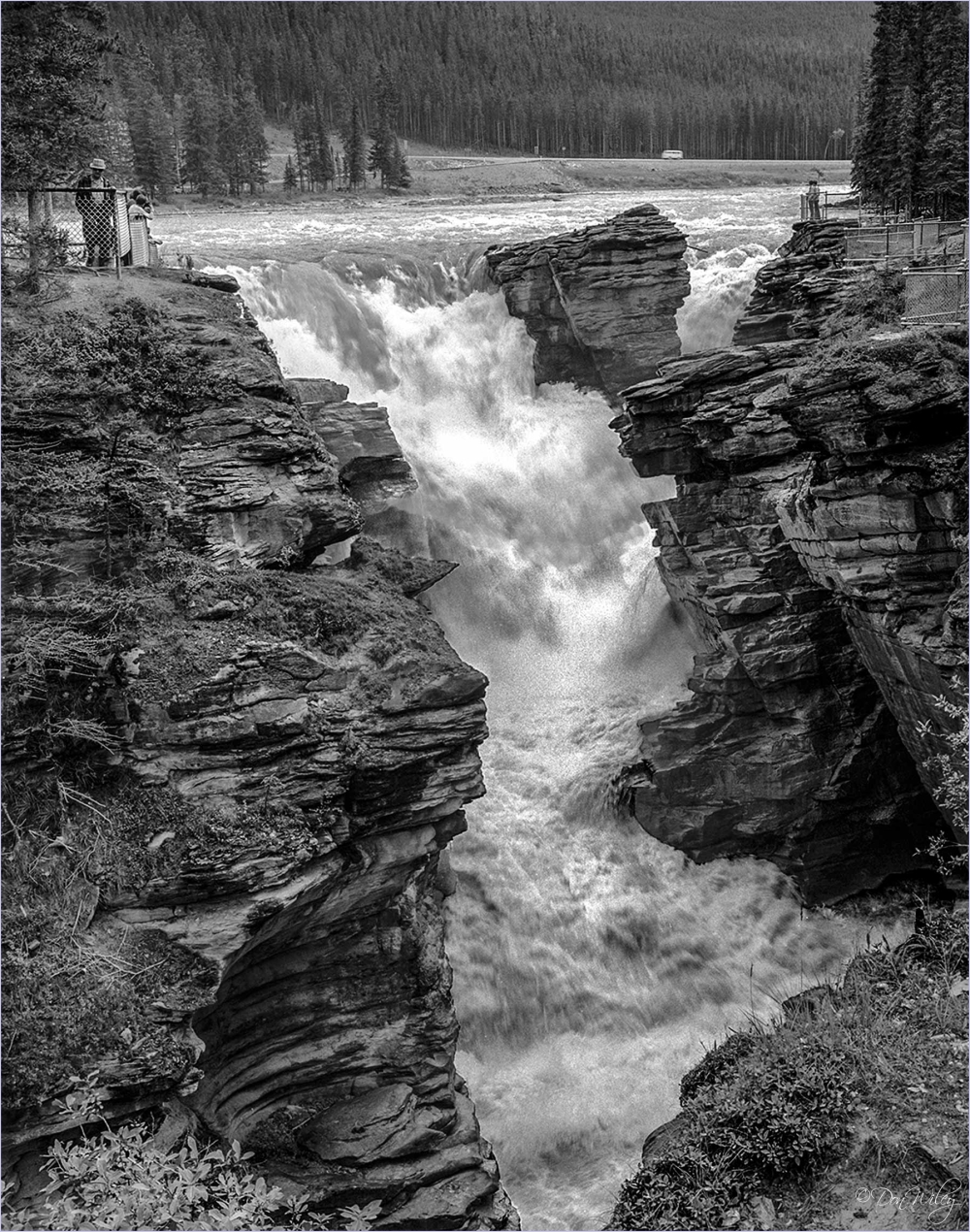 Athabasca Falls is a waterfall in Jasper National Park on the upper Athabasca River, approximately 30 kilometres south of the townsite of Jasper, Alberta, Canada. A powerful, waterfall, Athabasca Falls is not known so much for the height of the falls (23 metres), as it is known for its force due to the large quantity of water falling into the gorge. A film image from my archives.

What a cool shot. I love the composition and the content.

Can feel the sheer natural energy in this . . would love to hear it !

Great shot of the falls. Seen those falls when I was about 7--too many years ago to count.

Fantastic image..
can feel the force at it falls...gushing and breaking over rocks!

wow! i'd definitely stay behind that very good fence! :)

It is beautiful, I've had the privilege to see it too.

A fine composition captured in film! You can feel the real power form the falls!

A stunning composition with incredible textures and contrasts!! I feel like I can hear the roar of the rushing water. I love the height you've given this composition as well.

Powerful, that is for sure!

Wow, the water is really intense and nice to see the spectators in the scene. A very amazing place! Awesome photo!

This is fantastic! You can just see the power of the water coming down the falls. I love the textures of the rock. I can just imagine how loud it must be. A wonderful image!

You have well captured the power of this water. The rugged rock faces have a lot of interest. The tourists' apparel seems straight out of the 1950's and that Volkswagen bus on the distant road fits the era as well.

What a beautiful view of the Athabasca Falls. Very powerful and a great shot. Love this. :)

It definitely looks powerful, wouldn't want to get caught in that.

That is a raging torrent! Thank you for coming by sharing your creative photography on the Weekly Top Shot, #171!

A most fascinating view!

Just so much power in this shot....such a force of nature.