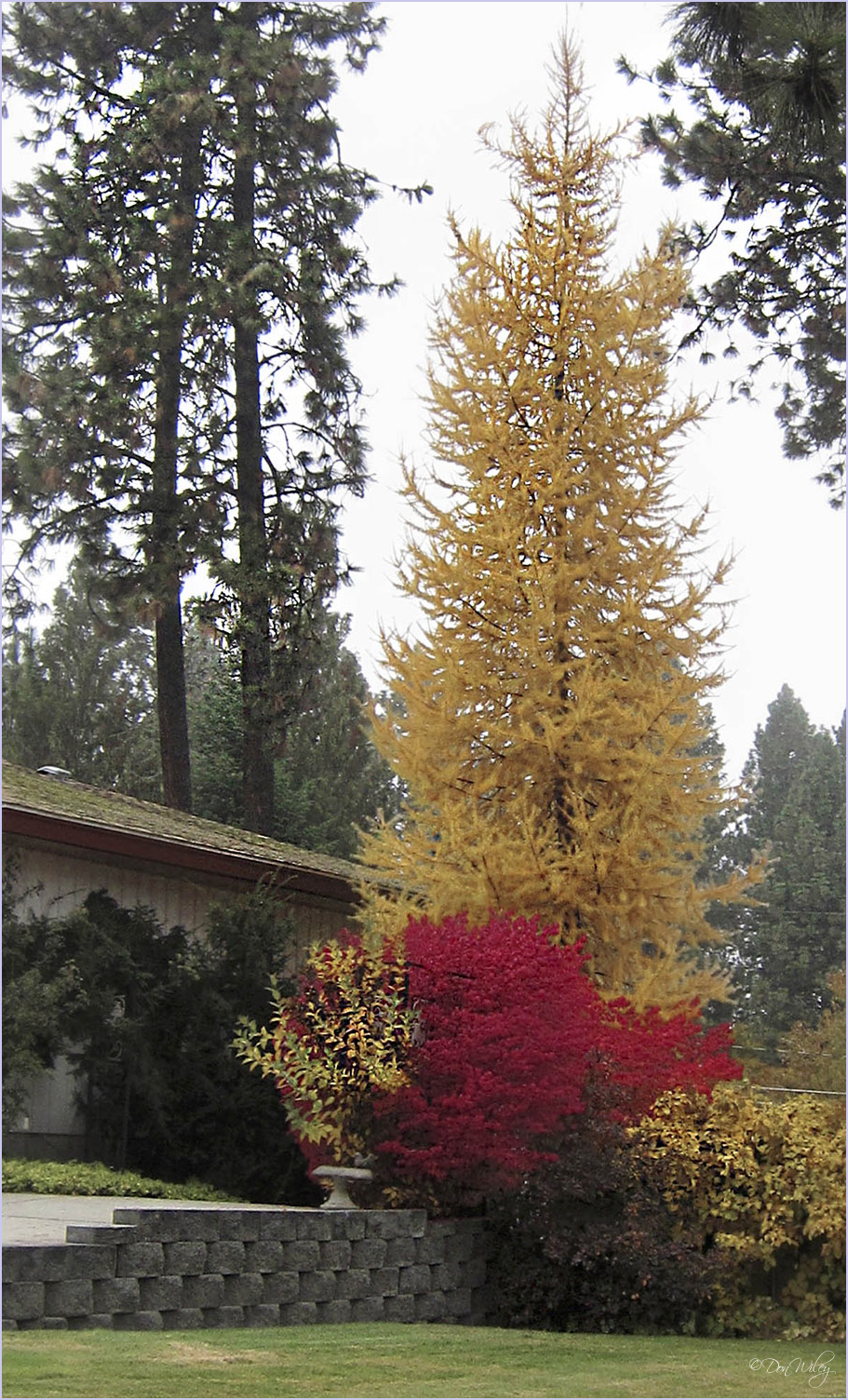 Although a conifer, the larch (aka Tamarack) is a deciduous tree and loses its leaves in the autumn. They are native to much of the cooler temperate northern hemisphere, on lowlands in the north and high on mountains further south. Larch are among the dominant plants in the immense boreal forests of Russia and Canada. Wikipedia

Beautiful extremes here . . the colors bounce off each other delightfully.

It is a beautiful type of tree! Love it!

Beautiful shot. Yellow and red. The color contrast is beautiful. Wonderful find. Have a nice day. :)

more marvellous colour. You seem to get a much bigger range of tints over there Don.

And it is really beautiful...that spot of color against it adds to the beauty of both.

The mix of color is wonderful. I love the wall in this Don.

Wonderful capture of the autumn scene. I like the beautiful color contrast, the yellow and the red.

my sis in wis has a tamarack in her yard (i think!) this is so pretty!

A beautiful tree, and a nicely sized image for us to enjoy it.

A striking contrasting tree along with the greens and red!

very beautiful combination of vivid, powerful colours only autumn provides us with !

I always appreciate the information about the beautiful photos. I bet those needles add a new dimension to the fall clean up routines.

What an interesting tree, the color and texture. It looks a bit like a Christmas tree!!

It looks particularly lovely with that vibrant red in front of it!

That is a gorgeous shot, Don. A beautiful tree that is really showcased with that red bush in front of it. "Tis the season for wonderful colors; here in the northeast also.

@Ed: Thanks for stopping by Ed. These trees scattered through a forest makes a spectacular scene.

A great photo enhanced by the explanation.

Beautiful color! I don't think that I have ever seen a larch tree before. Great information!

Larch is awesome but I'm not sure I've ever seen any in person, just pics.

Madge @ The View From Right here from Seattle, United States

Gorgeous colors... Thank you for coming by sharing your creative photography on the Weekly Top Shot, #107!