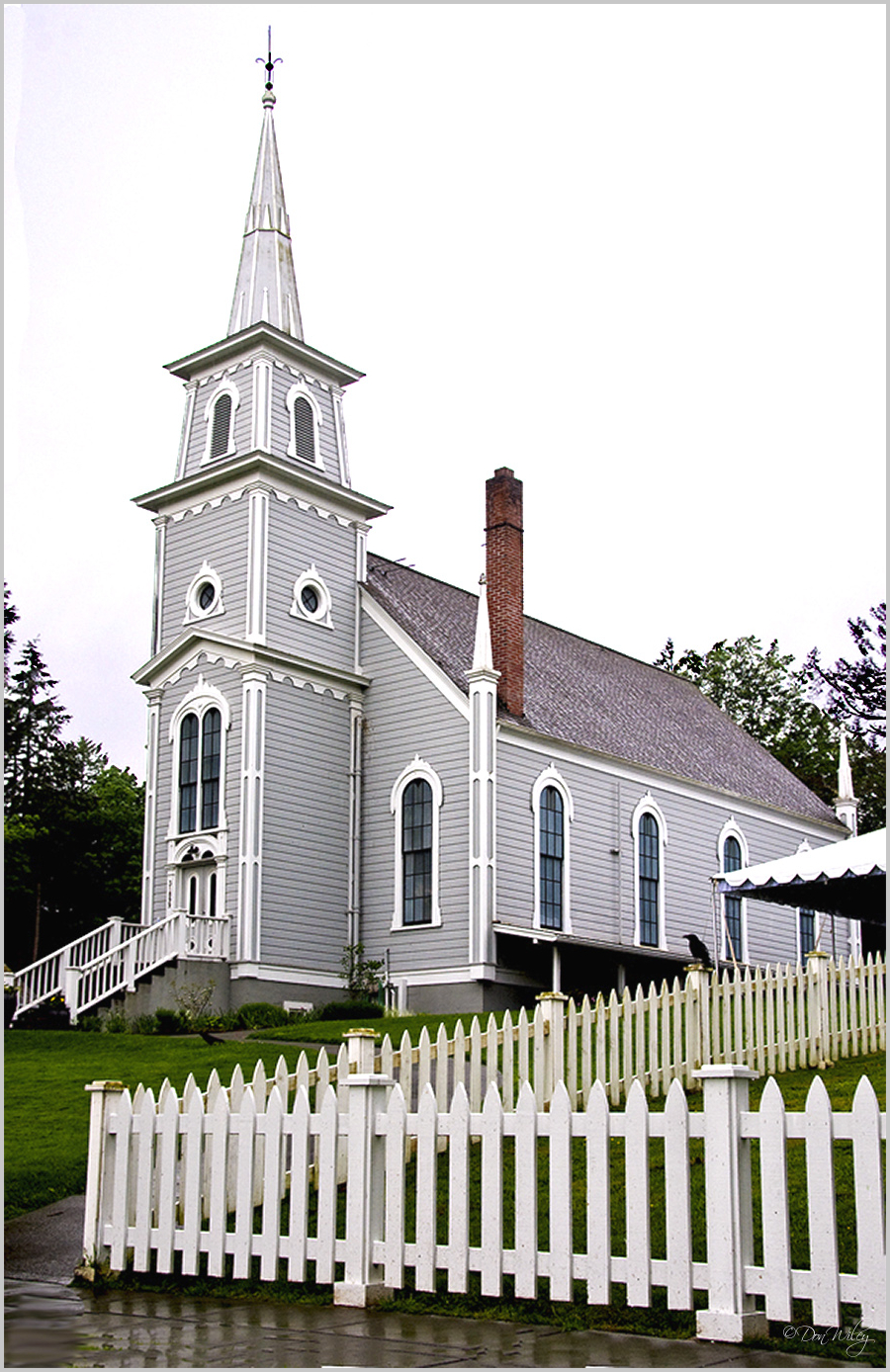 Posted by Don (Spokane, United States) on 4 March 2012 in Architecture.

"Port Gamble is an unincorporated community on Gamble Bay near the entrance to Hood Canal west of Seattle. The Port Gamble Historic District is a U.S. National Historic Landmark. The population was 916 at the 2010 census.The community of Port Gamble has a wide range of shops from antiques to a tea shop to an old-fashioned general store. It is a popular tourist destination, due to its location near Bremerton, Port Townsend, Bainbridge Island, and Seattle and its downtown." Wikipedia

A very pretty image of this old church. I like that angle you chose.

A beautiful shot of this old church Don! I find the chimney to be an interesting feature here! Nicely captured! ;-)

wow, the bird adds a lot excitement to it

absolutely beautiful! perfectly maintained and decorated. the raven or crow is perfectly placed, too. :)

Love the composition and angle

Lovely, upright church. I find that bird on the fencepost a compelling detail.

A very pleasing frame, Don. The church is quaint and well built, with nice trim accents. I like the presence of the crow on the fence, too.

Well i for one like the picket fence!!! Well... and the chimney!

Big hugs and i hope you are doing well Don!
Leontien

@leontien: It was sooooo good to see your name appear on my blog! I've read your update and responded there.

superb. i love that church. as i recall, it is an Episcopal Church

a most attractive church, taken from a very advantageous angle, with the picket fence forming a very pronounced guiding line !!

These are beautiful wooden churches that we've seen in canada
In Sweden they are in use......
Very nice!!
:)

What a beautiful, perfect church.

This is a lovely church architecturally and colour-wise. I like how the crow is keeping an eye on things.

this is one handsome church.. :) nice shot!

What a beauty that is! I love the lines of it...