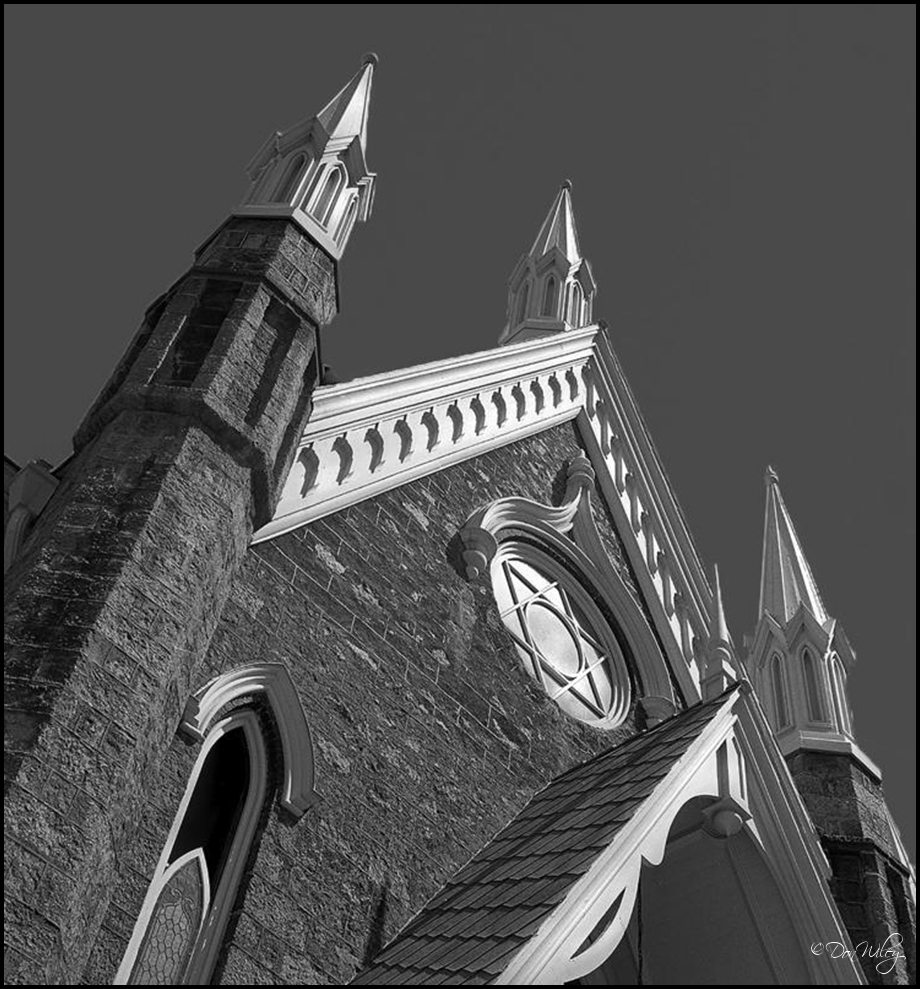 Posted by Don (Spokane, United States) on 7 August 2011 in Architecture.

"If the collinear edges of a regular six-pointed star are connected, so that two interlaced triangles are formed, a symbol results that is variously known as the hexagram, Star of David. This symbol is most commonly associated with Judaism; it is also used in Christianity and Islam, but on a less frequent basis." Wikipedia

A great bw, angle and composition Don. I love this photo.

Well, I've learnt something today, if thought that it was only used in judaism

love the framing and the angle

I love this picture. This is a keeper!

A stunning B&W shot with great textures, the offset angle works well too.

Splendid point of view. Beautiful in black and white. I did not know the Star of David motif was also used by Christians and Muslims. An enlightening post Don.

I love the angle from which this was taken!

Really dynamic frame of angles and towering steeples. Interesting too about the symbol, which does go back further than our written history.

What a gorgeous capture of this old synagogue. Wonderful abstract framing.

Very creative use of a skewed horizon. As usual, great tones through the entire black to white range.

An interesting perspective on this shot. It works very well in B&W.

Lovely textures in this fine B&W.

I love the angle here, and the B&W really brings out the lines and textures on the building.

Terrific perspective and nicely framed against a stark sky.

Great angle and details. I love your b/w tones and light!

I love the tones and that great tipped angle.

Now THIS is the kind of photography I know as yours. Ideal and fresh perspective, great contrast, lighting, and overall clarity. Very well done and a pleasure to view.

This photo is awesome! The subject is great, but your treatment takes it over the top!

Is that a temple then? Because it looks more churchy than temple-y (to me). Very nice contrasts and textures.