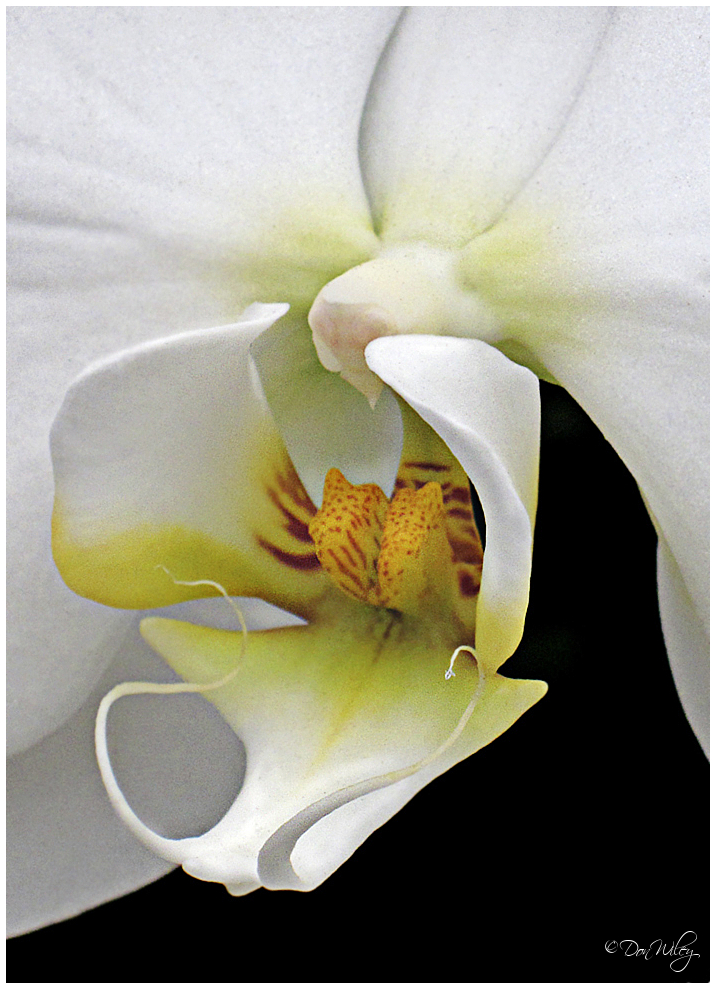 'Orchids belong to the most diverse family of plants known to man. There are over 880 genera, 28,000 species and well over 300,000 registered cultivars currently documented. These numbers only begin to tell the true story behind the evolutionary success of modern day orchids. Orchids are the most rapidly (genetically) changing group of plants on earth and more new species have been discovered over the last few thousand years than any other plant group known.'

'Orchids produce seed pods with literally hundreds of thousands of seed that are released and scattered by the wind. Orchid seeds must establish a symbiotic relationship with a special fungus to survive its first year of life. The fungi gathers water and minerals for itself and the seedling, and the seedling shares its sugars from photosynthesis with the fungus. Only one or two orchid seeds will ever germinate and survive on that perfect crevice or depression that is both moist and has the fungus present. Even then, its chances to survive in the wild long enough to bloom are slim.'

Exceptional macro photography, it seems to enter the mouth of a lion

Like the open jaws of a Viper, the growling menace of a Lion or tiger, such an incredible face these beautiful flowers have. Superbly observed, Don

A beautiful macro, beautifully composed - your colors, once again, are incredible. The info was fascinating especially the part where so few survive yet there are so many of them.

Reminds me of the very caring mother in Alien :-)

you've really captured that sculptural feel of orchids. I think that's part of the appeal. You've taken this at the right angle to really emphasize that sculptural essence.

excellent image - the black for background is perfect

Stunning close up Don. It's almost a flower within a flower

martie from US, United States

Fantastic macro! I like the contrast between the flower and the background. Excellent!

I can smell the perfume of springtime ... great shot !

Beautiful macro and you captured this so well I love those deep reds inside :)

A truly beautiful close-up of a spectacular family of flowers.

Fantastic, it looks like the jaws of an exotic type of lion.