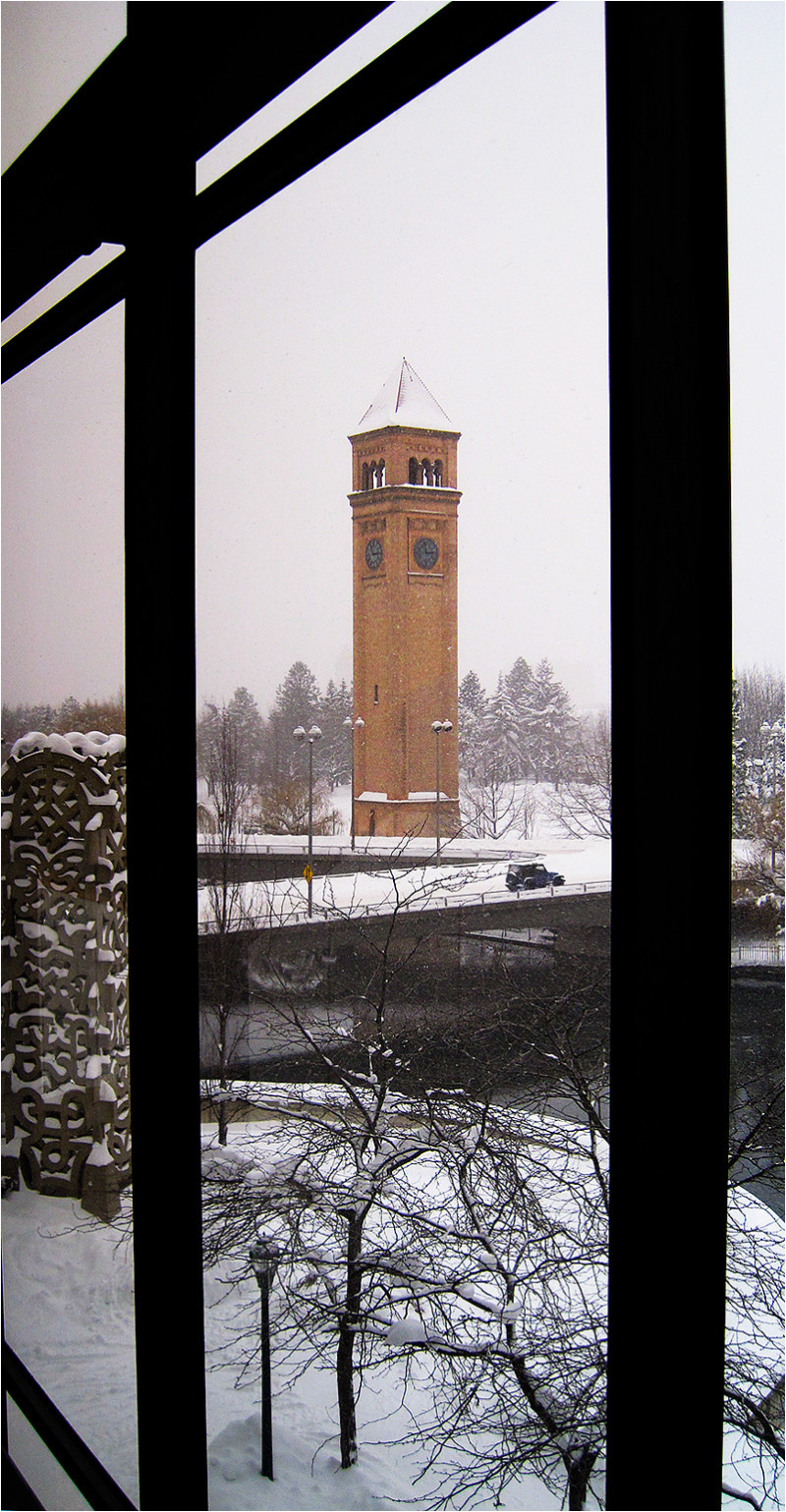 Posted by Don (Spokane, United States) on 22 December 2008 in Architecture.

Yesterday, my friends took me to a holiday pops performance of the Spokane Symphony in a driving snowstorm. This shot taken from the INB Performing Arts Center during intermission shows the old clock tower in Riverfront Park. "Many of the structures built for the 1974 World's Fair are still standing and in use. The Expo site itself became the 100-acre (0.40 km2) Riverfront Park, containing, among other features, the U.S. Pavilion, the turn-of-the-20th-century (and meticulously preserved) Looff Carousel, and the Great Northern Railway clock tower, the last remnant of the vast rail depot that was demolished for Expo '74. The U.S. Pavilion and the clock tower are prominently featured in the park's logo." Wikipedia

EYES WIDE SHUT from A corner of Utopia, United Kingdom

A marvellous composition, Don, so well spotted. The framing works really well, and the tower feels alomost under seize from the elements. Excellent accompanying information as well. A delightful post

Lovely shot, Don. Looks like here but without the beautiful tower. Just snow and more snow.

That wonderful shot !! I really like the angle of view and the sharpness of this picture !

Lovely graphic framing
really accentuates the contrast with the warm tone of the tower.